About The Common Wheel Meet Our Team

We’re a passionate team of bike-enthusiasts working to inspire, educate, and empower others to ride bikes and live happy, healthy, and environmentally-conscious lives. 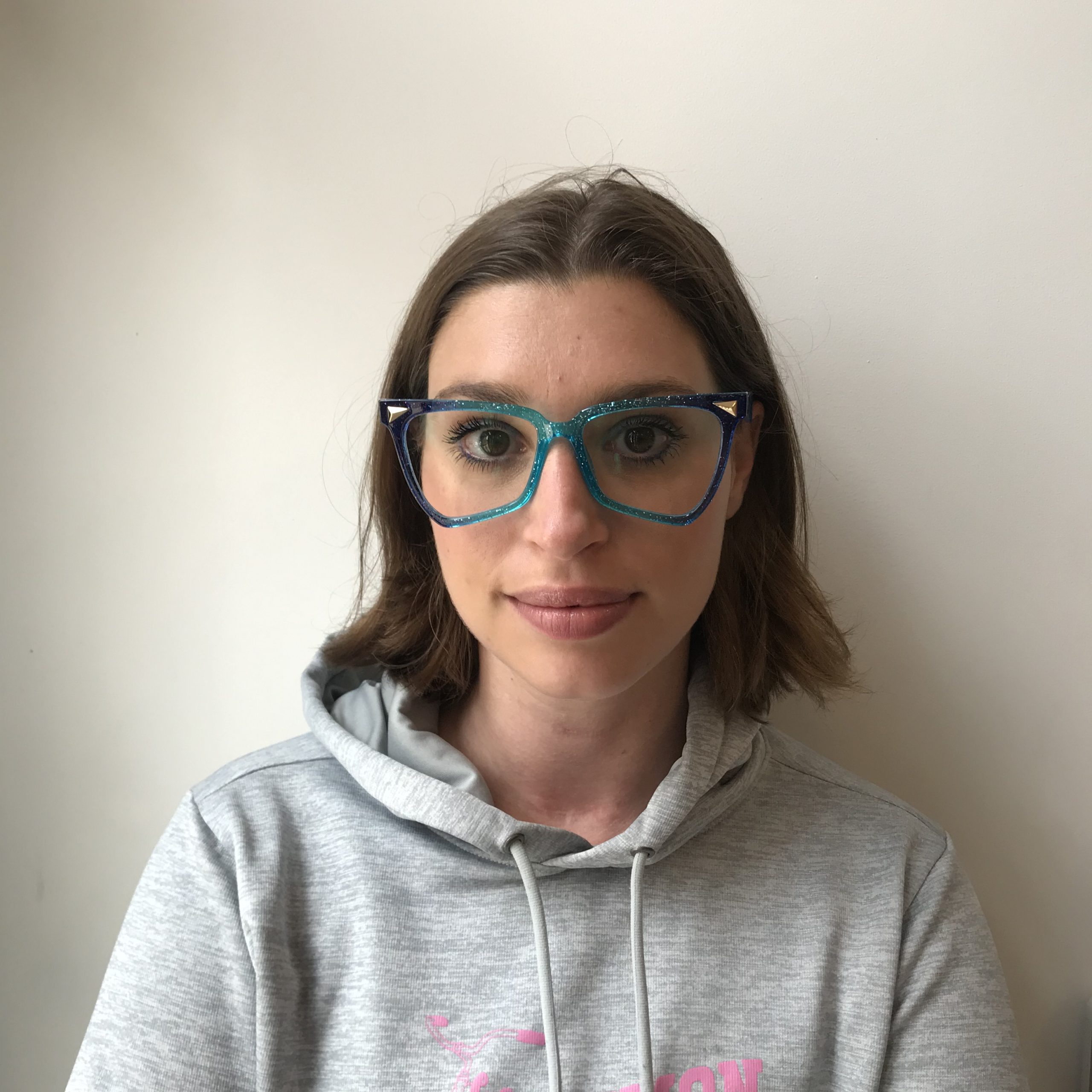 Adriana has been a part of The Common Wheel since it’s very first Marketing Committee. She joined the board in 2015 specializing in community outreach and development. In 2017, she joined the staff as the Director of Outreach and Resources. In 2019 she left TCW for a short stint in the for-profit world. Adriana realized that bikes were where her heart is and found her way back to The Common Wheel. Now, she’s excited to co-lead the organization along with Mikhail Zapata-Rotz!

A native of Lancaster, she lives in the city with her son Dante. She’s an alumna of Franklin and Marshall College and McCaskey High School where she spent a lot of time reading books in a lot of different languages. She loves riding her 1989 converted single-speed Miyata, reading books, and feeling guilty about beating people in Scrabble. 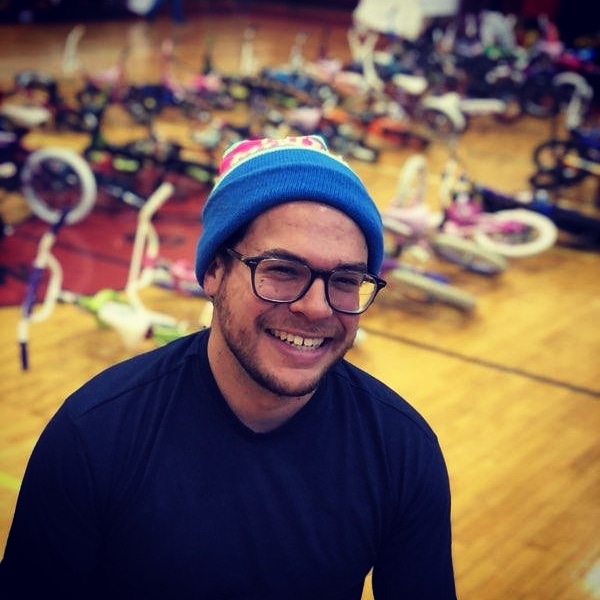 Mikhail Zapata-Rotz is the Co-Executive Director at The Common Wheel. He hails from Annville, PA.  A Penn State graduate with a degree in Materials Science and Engineering and a minor in Science, Technology, and Society, Mikhail is uniquely suited to work on bikes. His 7+ years in the bicycle industry along with his ability to work with children make him the absolute best person to run our programs.

Mikhail loves cats. Like, he LOVES cats a lot. He also really loves his Klein which is tricked out with pizza, cacti, and other fun stuff…don’t be jealous.

He co-leads our organization with Adriana Atencio. 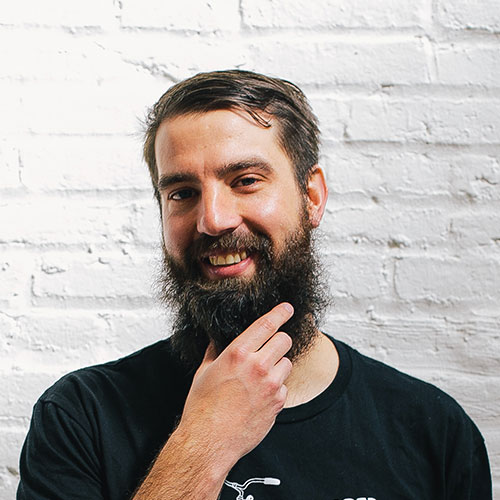 Chris, a lifelong resident of Lancaster, is an avid proponent for bicycling as an alternative transportation option. In between traveling, being a ski bum, and working construction, Chris spent a lot of time using his bike to get around the city. He became interested in the growing cycling movement and wished to help it grow here in a concrete, hands-on manner. After learning about the community bike shop model, he researched starting one in Lancaster. Chris was responsible for designing and implementing programs and events, raising funds, and building relationships in the community. He also loved getting his hands dirty as he learns more about wrenching bikes!

Read more about Chris’s involvement in starting The Common Wheel »

We are a community bike shop run by a small team of young, hard-working people. Here is what we stand for:

There are no current job openings.

Our Board of Directors

Zach works for PNC Bank helping local businesses with banking solutions. He volunteers with the Lancaster Chamber’s Young Professional Network, Leadership Lancaster, and helped co-found a volunteer project called Lancaster PATH. When Zach isn’t training for a triathlon he enjoys cooking, traveling, hiking, and of course biking! He believes The Common Wheel has the ability to unify a community and influence healthy behaviors.

Katie Walsh is an experienced nonprofit development professional with a proven track record in advising fundraising strategies and bolstering mission effectiveness. As a nonprofit development director, through aggressive outreach on behalf of nonprofit and government entities, she has secured major federal and state grants in amounts exceeding $1 million. A business development specialist, she has launched multiple non-profit organizations and private companies. Katie has been a consultant and advisor to more than ten ventures. Katie has led graduate courses in strategic planning, business analytics, and leadership. Katie holds a master’s degree from The University of Pennsylvania’s School of Social Policy and Practice with a focus on nonprofit leadership and majored in entrepreneurship at Temple University.
Above the professional jargon, Katie holds the mission of the Common Wheel close to her heart. An avid recreational cyclist, she was raised to ride on the streets of Lancaster City. Currently, she spends her weekends exploring rail-trails around the county and beyond.

Travis Oot has been an accountant with Trout CPA firm since January 2015. Originally from Syracuse, NY, Travis found his way to Lancaster after graduating from York College with a Bachelor of Science degree in Accounting. Travis has quickly immersed himself in the Lancaster Community through his participation in Leadership Lancaster, Lancaster Young Professionals, and by holding an advisory committee position in the Lancaster Chamber’s Young Professionals Network. Aside from work and community involvement, Travis is passionate about living an active lifestyle. A 2018 finisher of Ironman Lake Placid, Travis found a love of cycling throughout his training process and other triathlons along the way. That passion for cycling and desire to give back to the community came together when he joined the Common Wheel board as treasurer in 2019. Travis looks forward to contributing to the success of this organization, and may even convince his wife Anna to get a bike…someday.

Kevin, a native of Queens, NYC, moved to Lancaster in 1999 and quickly fell in love with Lancaster City life. He has lived and worked in the city for the last 20 years. Kevin rediscovered his love of bikes and cycling in recent years. Through this love has built a relationship with the cycling community through The Common Wheel. Kevin enjoys the outdoors, hiking, mountain biking, and more recently rock climbing. When not outside enjoying nature he spends his time with his cat Storm and his friends.

Larry is retired from having spent much of his work life as a lawyer for Armstrong World Industries. He has been a community volunteer over the years for numerous community organizations, currently SCORE Lancaster Lebanon, The Janus School, and Leadership Lancaster, as well as being a founding board member of The Common Wheel. He has been an avid rider and bike mechanic for decades, whose crowning achievement was the ascension of Mt. Ventoux.

Emily Wilson is the Research Lab Manager and Technician at Franklin and Marshall College. Also an alumna of F&M where she graduated with a degree in Geosciences, Emily earned her masters of science from the University of Idaho, where she studied the geochemistry of volcanic rocks on the equatorial Galápagos Islands in the Pacific Ocean. Emily loves the outdoors and can be seen riding her Surly around Lancaster, or climbing rocks and practicing yoga. Emily also loves to garden and spend time with her partner Daniel and their dogs, Roux and Rokko.

Arjun is a Central PA native who as a kid loved nothing more than jumping curbs and going on adventures on his sweet Redline BMX with mushroom grips. He stopped riding after college while living in the bike-unfriendly cities of the time.

His love of bikes was rekindled two years ago after getting his daughter her first “real” bike, and cycling in all its diversity has become a major part of his life. Arjun advocates for improvements in bike policy and infrastructure and believes The Common Wheel’s mission is a force for positive change across Lancaster’s many communities. He believes everyone deserves to have the same feeling of freedom, enjoyment, and safety on two wheels as he did growing up.

When not riding his bike, Arjun works to make healthcare smarter with technology as a veteran of the Harvard Medical School and several Silicon Valley startups.

Omarr Jon Oree II, a Lancaster native, and J.P. McCaskey grad enjoys exploring different cultures and working with thousands of children worldwide. Currently, Omarr resides as the Assistant Director of Early Learning at the YWCA of Lancaster Lime Street.  As a Millersville University grad, Omarr received a B.A. in Sociology with an emphasis on Social and Political Thought.

Omarr‘s passion for cycling began when he moved to Denver and joined the Denver cruisers; a metro Denver bike community. During his two year stint in Denver, he worked in the nonprofit sector for AmeriCorp and often volunteered at the local bike shop. Omarr looks forward to meeting everyone affiliated with the Common Wheel and hopes to make a large impact on the Lancaster Bike Community.

In his spare time, Omarr is an avid snowboarder who loves playing, watching, and coaching the game of soccer. In the future, he hopes to continue to serve young people and nourish young minds into the future.

Angela Diaz was born and raised in Lancaster and still resides in the Cabbage Hill area where she grew up. After learning about bike commuting through books, blogs, and videos, she purchased her first “real” bike in 2009. Once she began pedaling around the city, she became very passionate about bike commuting and loves sharing her tips and experiences to encourage others to try it.

Outside of her love of getting around on a bicycle, she loves vegetable gardening, cooking, knitting, camping, reading, and spending time with her family.  She works for an investment firm in downtown Lancaster and is a Business Administration student at Albright College.

Liz is a Lancaster native with an international background. She is the sister of twelve internationally adopted siblings. She holds a degree in International Development from the George Washington University and worked abroad for four years in La Paz, Bolivia. Returning to Lancaster, she delivered services to refugees and immigrants at Church World Service (CWS). She is now earning her law degree with a full merit-based scholarship at the Temple University Beasley School of Law and hopes to offer immigration and employment legal services in the Lancaster area.

Liz’s love for bikes started on the PA rail trails and Ocean City boardwalk and continued as a city commuter. Now, she loves riding around Lancaster city especially for market days. Liz believes that bike commuting is a way to keep us connected with our community. Her commitment to the Common Wheel’s mission solidified with the smiles of her CWS clients as she saw them ride around the city on their Bikes for All wheels.

More About The Common Wheel